Off the Top of My Head

May 24. It's odd to think that we're in a holiday weekend. If we were in a real world, we would have a real holiday. People would be trying to sell us cars and mattresses and other stuff. But now that each day has an astonishing sameness, we have to make an effort to remember Monday for what it is–a time to stop and remember the men and women who sacrificed their lives so that we could be free.

Although I bet people still try to sell us cars and furniture and stuff.

I had a poem (On Writing) accepted. by Unique Poetry. a good new magazine you should check out.

I was looking at .Jeff Goin's Blogthe other day, and he prompted a prickly question. First, he defined his life's mission: My work, as I understand it, is to encourage and empower creative people to share their art with the world. Impressive stuff. I know's he's helped move me toward sharing more of my writing (and for the snarky among you, no, it's not the good stuff, or at least it's no better than the stuff you see here), as you can see in the above post.

But that's not a one-and-done. We're all works in progress (which is why I follow the folks I follow–Goins, Kleon, Henry, Glei) who cheerfully admit they are a path towards and haven't perfected where they are yet. Jeff sums it up nicely:I myself totter along this path as an author, teacher, speaker, poet, and human, trying to figure it out.. And that's not a humblebrag. In fact, we all wear multiple hats. Just not all are as out in front as Jeff, but equally important.

And that's what prompted a question: What do I need as a human? I'm still trying to figure it out, but i never really asked the question that way. Feel kinda naked. There's the base question to consider, but also how do I make that happen? I immediately thought, I will need to ask permission. More accurately, I need togive myself peermission, convince myself that I own it, need to make it happen.

I wonder if the big push to reopen America and get back to normal is in part because a lot of people, in isolation, started nibbling at the edges of that question and found it way too prickly. Time to get back to the world of distraction.

Personally, I think I'll sit and play with that one for a while. There's another survey out of how satisfied customers are with the cellphones. As usual, Apple leads the pack, but by an astonishing sli margin. Here are the results: 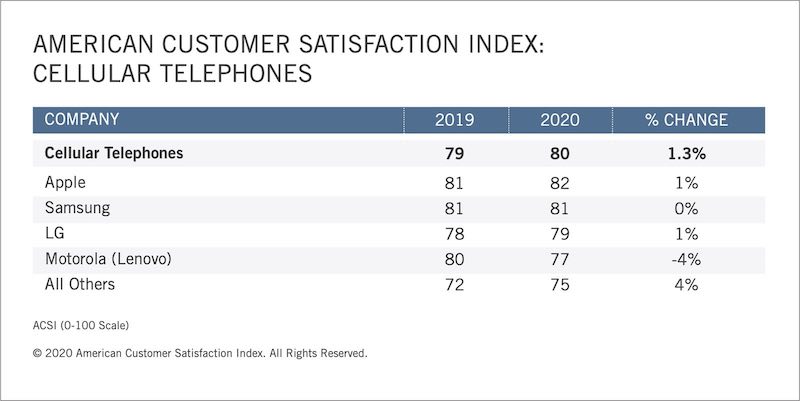 Wow, I thought, everybody seems to be very happy with their cellphones. I bet they're even happier than shown, because some complaints or unhappiness attributed to the phone are probably carrier problems. So. double wow.

But then I had one of those wait a minute moments. OK, so they got 80 percent satisfaction. That means that 1 in 5 customers are not completely satisfied. And another thing. The numbers are automatically skewed. Presumably, before the first purchase of a brand and model of cell phone, people did at least some research. Following purchase, even if they're unhappy, saying so would cast doubt on their powers of analysis, or at least on their taste. So many people are likely to say it's wonderful because they're wonderful. I think my iphone 5c is wonderful, even though the home button is broken, and it's so old the system software doesn't update any more. It's wonderful because it meets my needs. Plus, it's paid for. So put me on the list. I'm eighty percent satisfied.

I'm sure this makes people at Apple nervous (not really–they don't notice what an officially old guy does). They would like me to buy a new phone, but if I don't, well, there you go.     top 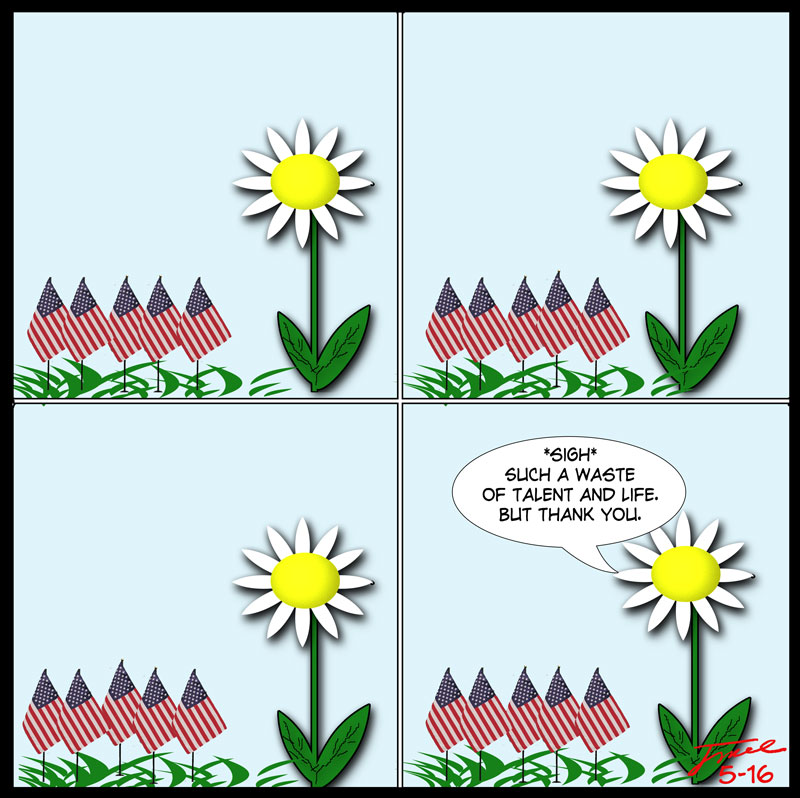 Number 15 in the series. For those of you keeping track, I apologize for mot updating the counter last week.

One of the first APT123 cartoons I drew. Still appropriate. 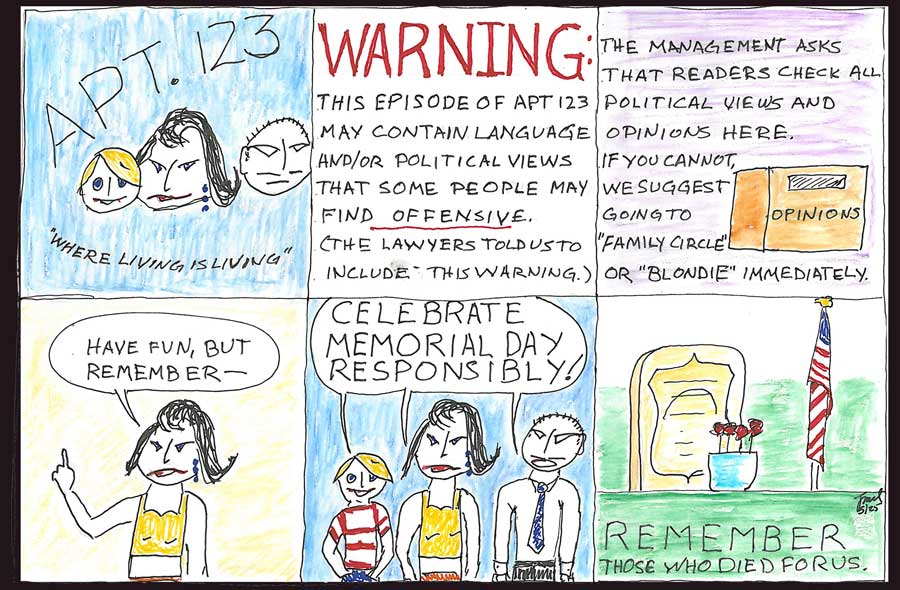 Big Think has some thought-provoking articles.

Gary Larson and The Far Side are back!

More quirky cartoons at The Oatmeal.

May 17. Governor Ralph has announced that Virginia will be slowly returning to whatever. Me, I'm not moving except to go to the grocery store, but I am doing my part to bolster spirits by making this the last reference to COVID-19, if not forever, at least for this post.

Popular Science magazine tells us Great Lakes higher than they've ever been and we're not sure what will happen next. (Aside: I am regularly surprised by the number of things reported in Popular Science where scientists or the people who run Popular Science don't understand why something happens [causes], or don't speculate or hypothesize about it [effects], or offer suggestions for what to do to prepare for or to fix it (if we can). It's not building confidence 'mongst the unwashed masses, fellas.). 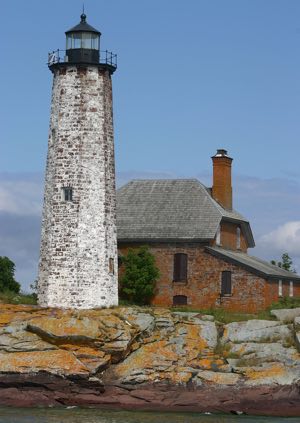 What will happen is 1) Canada and eight of the nine states have decriminalized or fully legalized marijuana use. I'm sure many now boast marijuana plantations (sorry about the delay. I'm trying to wrap my head around plantations of Minnesota). I'm sure some of those are along tributaries that feed into the Great Lakes and certain chemicals are finding their way into the Lakes. But the consequence of this is record profits for Taco Bell and mysterious flooding at 7-11s, with snack aisles swept clean of chips and cookies when the flood subsides.

2) Wisconsin (the only state where marijuana is still completely illegal), bordered by two Great Lakes, will experience the greatest contact high since NORML started keeping records.

Answers? You want answers? Lazy buggers. If I tell you, you'll never learn! Don't you have access to Google and Wikipedia? I'm so disgusted I'm not going to link to them for you!

My wife just bought me some vitamins. I don't want to say the instructions on the bottle are in tiny type, but angels started dancing on the heads of pins because they kept slipping off the dot on the letter i.

I'm not sure when I ate my first pizza, but I know I was eating it in high school. Unless it was a Friday (see story below) it had pepperoni on it. I think I have occasionally had it in some sort of vaguely Italian sandwiches, too. And that's it.

I bought a pack of pepperoni recently so I could make my own pizzas (flour tortilla, teaspoon olive oil, spaghetti sauce, mozzarella, pepperoni, sometimes mushrooms, 275 in toaster oven for ten minutes). On the front, there was a little sticker proclaiming Great on Pizza! and in larger letters, Great as a Snack!

Who woulda thunk it?

Bonus walk down memory lane. There was a time not so long ago when using English muffins as the base for a homemade pizza was quite popular, and almost a thing. I can't speak from personal experience, but I bet their growth in popularity was somehow related to the reasons why the Great Lakes are higher.

OK, it's not a great story on paper. The plot is thin. The characters are underdeveloped. Conflict is a couple of inches short of non-existent. If anything stands out, it's the setting. To the story:

As I was returning home on Saturday, I got thirsty. Instead of passing the Ten Post Grill, I went in and asked the bartender (who was the only person in the bar) for a glass of water. He gave it to me, with some ice, which was nice. After I drank it, I thanked him and came home.

The thing is, it never happened. Well, some of it happened. Just the key parts were made up.

So, you might be asking, why isn't it just a lie? Well, it can't be. Most of it is true. I was thirsty, I did go home. It was only the bit about going in the bar that didn't happen that way.

Besides, it isn't a lie because part of the backstory, the context, was a nine-year-old boy goes to confession on a hot July afternoon. He was thirsty, walked home, got his drink of water, but for some reason added the story of stopping in the bar. He wasn't going to lie, because he had just come from confession and didn't want to sully his just scrubbed-clean soul.

Also, it wasn't a lie because the boy had nothing to gain from saying it. He didn't need to cover his butt, get someone else in trouble, or make himself look good, the usual reasons why kids lie.

So why? Well, the backstory has a backstory, and that's what made the story dangerous for the teller. For some reason, the boy's mother didn't like the Ten Post Grill, and had told the boy to walk on the other side of the street when walking past the bar. That was easy Monday through Friday during the school year when the crossing guards were stationed on the other side of the street. But on a Saturday in July on the way to confession? There was no crossing guard for going to confession. Why did the boy say he went in a bar that he had been told to avoid? Even the boy did not know, but the story was told, the mother seemed to accept the story, and life went on.

Frontstory: a month after the story was told, the family went to the Ten Post Grill for a Friday Night Fish Fry, a first. In a heavily Catholic town, with no meat on Friday requirements, Friday Night Fish Fry had the ability to miraculously transform a seedy dive bar into a family-friendly dining venue.

Just as the family was sitting down, the boy's mother took a glance at the bar and then asked the boy, Don't you want to go over and say hello to your buddy? The boy said, It was a different bartender that day.

The boy doesn't remember if they ever went back to the Ten Post Grill. He does know that his foray into the bar was never mentioned again.

I've noticed that I'm making noises when I get up from a chair, particularly my big comfy chair (no, not those noises–these are vocalizations, not involuntary emanations). If you have heard me, or someone in my demographic group making this noise:

Thank you for your participation.

TomatoPlanet!! is a random collection of writing, cartoons, and things that strike my fancy. © 2003-2020, John McCarthy

You've probably noticed that each page has a different background color. They're the Pantone Colors of the Year from the last decade. This page is Classic Blue, the 2020 Color of the Year.