This is what I wrote a year ago or so upon the passing of The Mr. A little memoriam.

August 3– Mr. the Cat, also known as The Mr., passed on July 31st around 2 am. I know some readers are saying He's just a cat. Just get another one. Well, pets are never just to their owners/companions. Some thoughts to ease the passage–for me.

There are a lot of things I could say about the Mr.–equally friendly and demanding (part of which included a very loud meow, almost a roar), very precise in calculating jumps onto tables. He liked tuna water, the only people food he would eat. He liked boxes and baskets and other close places. None of these are particularly unique in the world of cats.

Four things stand out that made him remarkable:

--The Mr. was an affable cat–not clingy, but not standoffish, either.

--The Mr. was an excellent alarm clock. Every morning around 6, he would jump on the bed, onto me, and then start meowing loudly in my ear. When I started to move, he would retreat to the foot of the bed, and wait until I was out of bed and standing up. He had learned from experience that I would move the sheets around, sit up, and pretend to be getting up, so he put a stop to that. I found it remarkable that he adjusted to Daylight Savings changes within a day. At night, he would herd us to the bedroom, and guard the door until we were safely in bed.

--The Mr. (like many cats) liked to bump his head into my leg or other convenient body part. What was interesting was he had a thick, strong neck, and when he bumped, you knew you had been bumped, and then he kept pushing. I liked that. I don't know what he wanted or where he was trying to get to, but it was fun.

--The Mr. seemed very interested in life. He spent a lot of time looking out windows, particularly the front door. Belle joined him regularly, and the two of them gathered quite a following among the dog walkers and joggers. We heard people stop and say look at the pretty kitties, or sometimes wonder where the cats were if they were on a mission in another part of the house.

Many of the poems on the Poetry page were inspired by the Mr.

You will be missed. 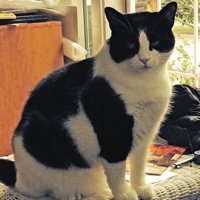 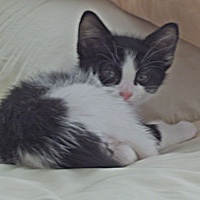 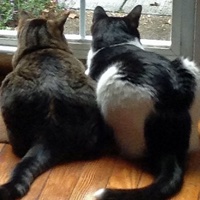 It's 57 lines long. Even after reworking, the language drags, it uses abstract imagery (which I detest in the concrete), and mines themes and motifs I've developed more successfully elsewhere.

It started off well enough, but about ten lines in, it took a turn for the worse. Five lines later, I knew it was still technically alive, but no amount of CPR was going to make it come back.

I put it away, added a few more leaden lines a day or two later, and repeated the add lines-stop a day process until it ground to a halt of its own accord.

Instead of being humane, I revised it. First, I tried simple editing--changing words, sharpening language, taking words out and putting words in someplace else. I tried rearranging sentences and readjusting the narrative line. Still no success. I rethought big-picture issues like theme, point-of-view and use of extended metaphor, alliteration, repetition and other poetic devices.

I spent as much time revising that poem as I put into the original composition. And after all that work, I had... a car wreck.

There was good news. I had a lot less twisted metal to dispose of.

It seemed like a really good idea at the time. It shouldn't have been a disaster.

So what went wrong? I really don't know–there are just so many wrong ways. I suspect (strongly) that the gap between conception and composition caused the problem. My muse drops off ideas around 5 AM [My muse is a bastard]. When I get the 5 AM mail call, I'll play–think of an opening, an image, clever language and then drift off to sleep again. When I finally get up, the idea is still there, but whatever sparks I generated didn't make it out of bed. If I start development right away, I might be able to scare some of the lost material out of a dark corner. If I don't, the enthusiasm I felt at 5 AM gets lost too, and that makes for a less than enthusiastic poem. Sometimes I recapture the enthusiasm and turn out a pretty good poem. It may be different than the original conception, but still good. I just have to be patient and trust my judgement.

So why did I revise it, if I knew it was going off the rails? Well, it wasn't the fault of the original idea. I treat all ideas with the same respect and process, unless I don't start at all (a different issue). Plus, it might work (with care). So it was revised (keeps the revision tools sharp). Also, I put it the car wreck in my mental practice pile, along with prompt writing and intentional practice writing..

Were there any other lessons learned?

--G.K. Chesterton noted "Anything worth doing is worth doing badly." I didn't do it badly, it just turned out badly. I think this W.C. Fields quotation is more appropriate: "If at first you don't succeed, try, try again. Then quit. No use being a damn fool about it." I need to be able to decide when it's time to move on, and make that decision stick.

--Make sure the needed resources are available. If my brother-in-law is going to build a chair, he makes sure he has the wood, equipment, hardware and space he needs. If it's a desk, he gets different stuff. If I'm going to build a poem, I need certain things on hand beyond the idea for a successful project.

--I need a better capture process. I've tried keeping a pencil and paper on the nightstand, but either I can't reach them or knock one of them to the floor, or the next morning I find gort floozle Thomas herp-hop on the pad.

--I now know what I'm capable of. Yes, there are highs, or I wouldn't keep writing. But there are clank moments as well. Sometimes you have to write them out to get them out (of the system).

--We can't all be homecoming queens. Sometimes a poem is dull and ugly. It's supposed to be trash can filler. Or it was never going to reach full potential. Life happens sometimes. I recognize it for what it is. I wrote it. I own it. But that doesn't mean I let it run around in public.

--I can't let one bad poem derail my writing or be the star in the what a terrible, useless person I am movie running continuously in my head. Now, if I have a long stretch of disasters, I might want to revisit this avocation, or do something differently. But until then, I keep at it.

Time to take all this input and go write a poem.

And no, you can't read the poem that led to this essay. 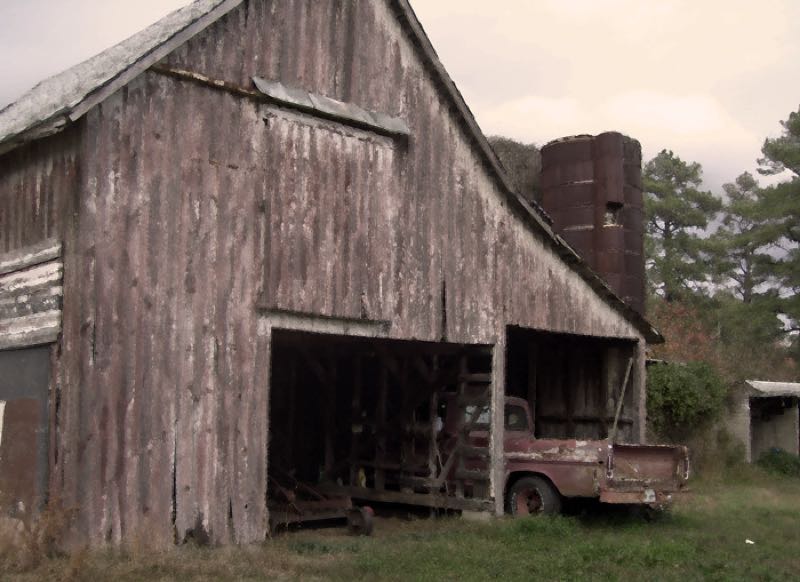 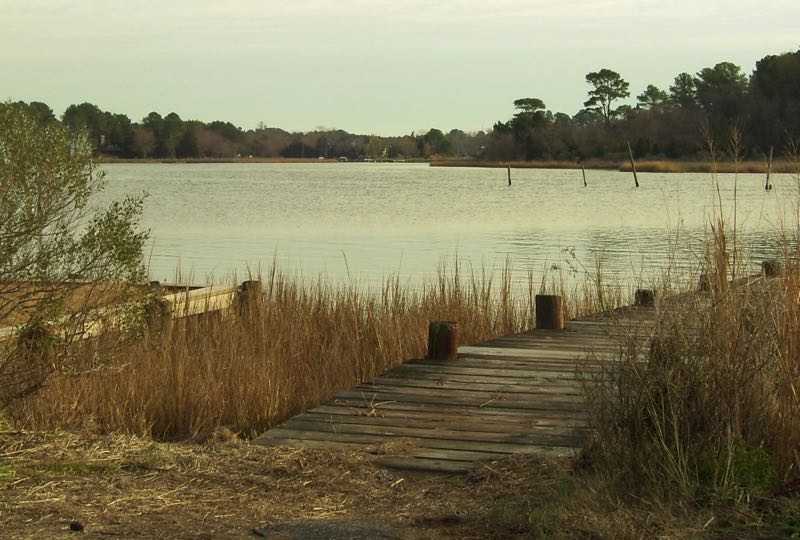 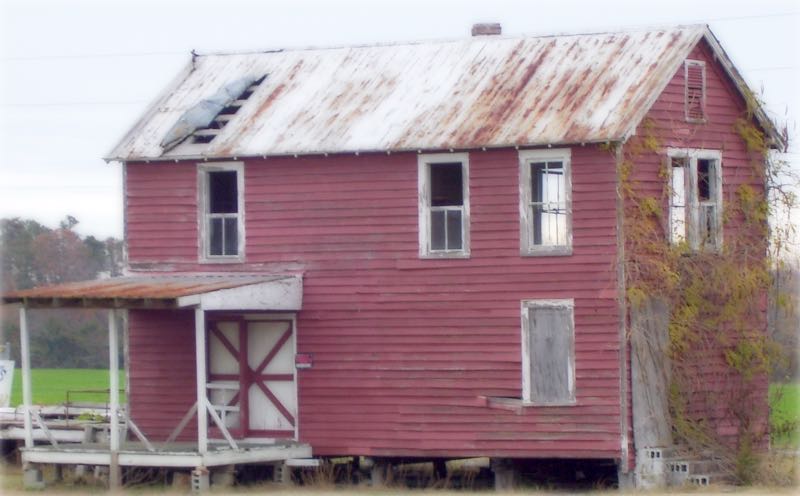 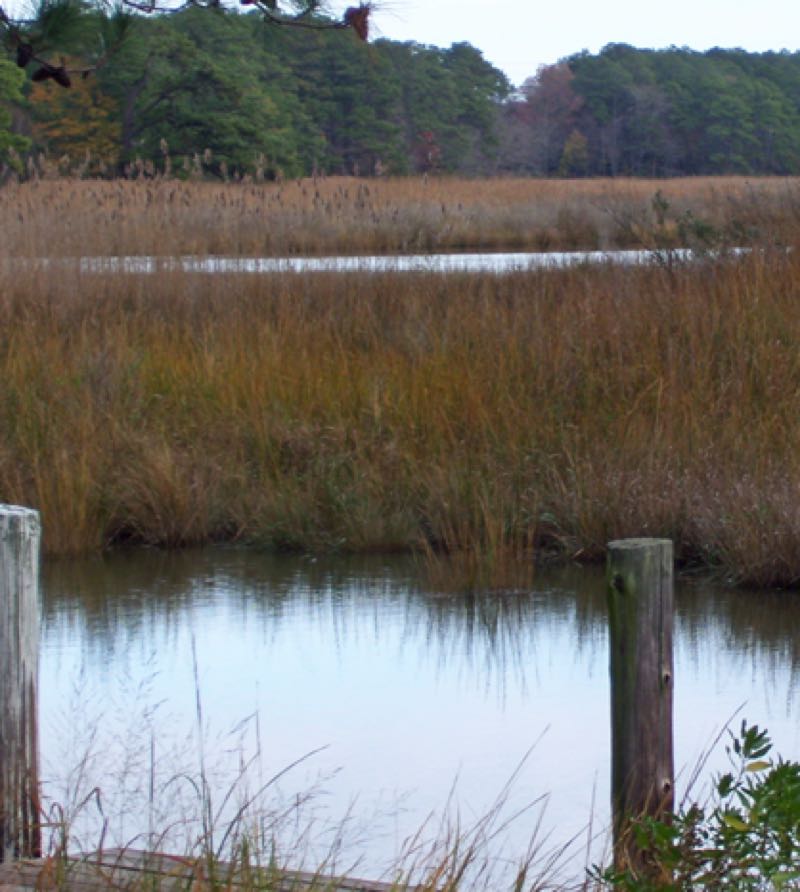 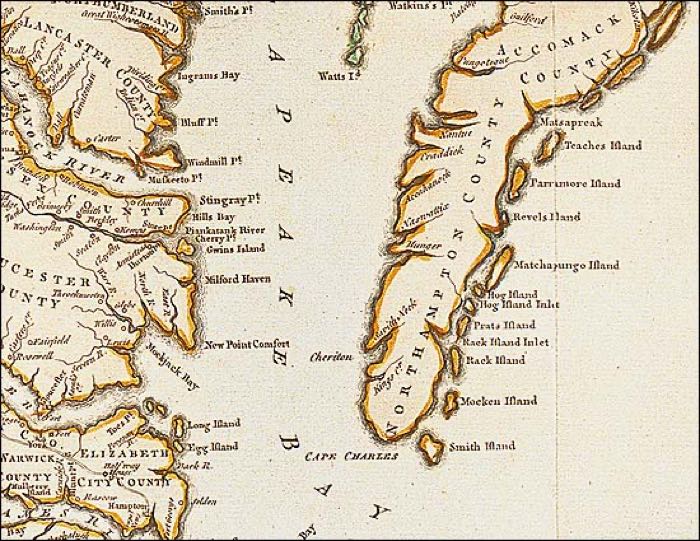 When we moved to Virginia, we came down the Eastern Shore. It is a lovely, charming place, a place that has a feel that time has sort of been suspended. I like that. At the same time, the people (at least the ones we met) are friendly, educated and informed. It was spared the ravages of the Civil War, and the people who live there are proud of their home, even the recent transplants. Yeah, they have problems, but they seem manageable.

We try to visit every year, at least for the craft show after Thanksgiving. Here are some pictures from some of the outings.

The 15h (or 16th) anniversary edition. For this go-round, we're putting things back.

TomatoPlanet!! has been in existence (with a couple of name changes) since about 2003. It reflects the interests of its author/creator, John McCarthy. The sole purpose of Tomato Planet!! is to provide an outlet for my attempts at being creative. At various times, these interests have included writing (always writing–fiction, poetry, speculative essays, and humorous writing), coding (html and css) taking pictures, cooking, and cartooning. As interests waned (camera broke and was never replaced, cooking became more functional and simpler), pages devoted to these activities were phased out, to the point where TP!! was a single page. A lot of the writing and subject matter had a limited shelf life, and so instead of archiving it in an accessible fashion, it was just taken off-line and parked in the shed.

So for this iteration, I'm putting some things back. Some pages are already in place–Stories, Poetry, and Cartoons. Some pages are in place, but need populating, like The Attic. And then there is this page, Miscellany, which actually has a long history (one of the predecessors of TomatoPlanet!! was called McCarthy Miscellany.).

All work is based on observation of the world around me. Serious writing, the poetry and stories take a different approach to capturing these observations. Photographs are what they are. The rest–cartoons and speculative essays take very little seriously, reflecting the world. If you look long enough, you realize that the orbital pattern is random ellipses, not perfectly round. I try to capture the absurdity of that. Not all the way to dark absurdity like Camus and Sartre, or even like Samuel Beckett–I sort of pull up in the land of Douglas Adams and Joseph Heller. I should be so lucky as to write half as well.

If you view the world through absurdist-colored glasses, you will enjoy some of the material here. If you're not an absurdist, well, you haven't been paying attention.

TomatoPlanet!! is a random collection of writing, cartoons, and things that strike my fancy. © 2003-2020, John McCarthy

You've probably noticed that each page has a different background color. They're the Pantone Colors of the Year from the last decade. The Miscellany page is Marsala, from 2015.